They put their cameras down for a brief moment to refuel on an MRE (military style meal); it was all they’d been able to find. For years, Davidson and Hondros reported on devastation abroad. Though she doesn’t consider herself a “bang bang” photographer, Davidson’s taken shots­ — photos, that is — in Gaza, Afghanistan, Iraq. Hondros would later be killed while photographing in Libya in 2011. But back in 2005, the two sat in shared awe with their surroundings on home soil.

“A major city that’s completely crumbled,” Davidson recall in a recent interview, “We just — we never thought that could happen. And it did.” For her work documenting Katrina-ravaged Louisiana, Davidson was awarded her first Pulitzer Prize. Though she’s won the Pulitzer twice now and has several other awards decorating her mantle, Davidson is like any great journalist — ask her about herself and she’ll become entranced recounting stories of her subjects, people she’s photographed over the years. To her, a photograph is a moment. It must tell a story.

Davidson says she’s glad she listened to her instincts years ago. The Montreal native decided at age 15 that she wanted to be a photographer before she’d ever picked up a camera. The first full frame photo she ever took landed in the McGill Daily when she was 18, before she was enrolled as a student.

When she worked at the Link, Davidson’s job was to run around with her Pentax camera snapping photos, then bring them back to develop in the dark room as she drowned her film-clutching hands in developer and spent the entire night perfecting the print. Those were the days before JPGs and PDFs, when the paper was typed up on an IBM Selectric typewriter until they finally got one of the first Apple computers, the sort now on display in New York’s Museum of Modern Art.

At first, Davidson was a McGill student of East Asian studies but once the initial crew of Daily-ites graduated, she lost that sense of camaraderie that attracted her to the paper. And in her third year, she transferred to Concordia University to pursue a degree in fine art photography but more than that, to have the opportunity to work at the Link, then a rising star in the student press world.

When she graduated with her BFA in 1990, after many unsuccessful internship applications, Davidson finally got the opportunity she’d been working toward. She turned down an opportunity at the Toronto Star for an experience to be nurtured and learn at the Kitchener-Waterloo Record.

Since her beginnings in Montreal, Davidson says she’s become a “visual athlete” — a craft that’s the cumulative result of training every day of her life. Davidson was in the middle of shelling in Gaza in 2006 when she heard the Pulitzer had been awarded to her for the Katrina project.

“There are times when I drive in my car now and think to myself, ‘I can’t believe I won the Pulitzer.’ There are still days where it hits me and I kind of lose my breath a little bit.” But it was her second prize that seems to have surprised and affected Davidson most, not only because she’d submitted it to the awards while nursing a concussion. After years in war-torn regions, Davidson saw similar scars in her adopted home of Los Angeles among the victims of gang violence. But it was a tale so entrenched in their society that they didn’t consider it a story worth printing anymore. Davidson disagreed. 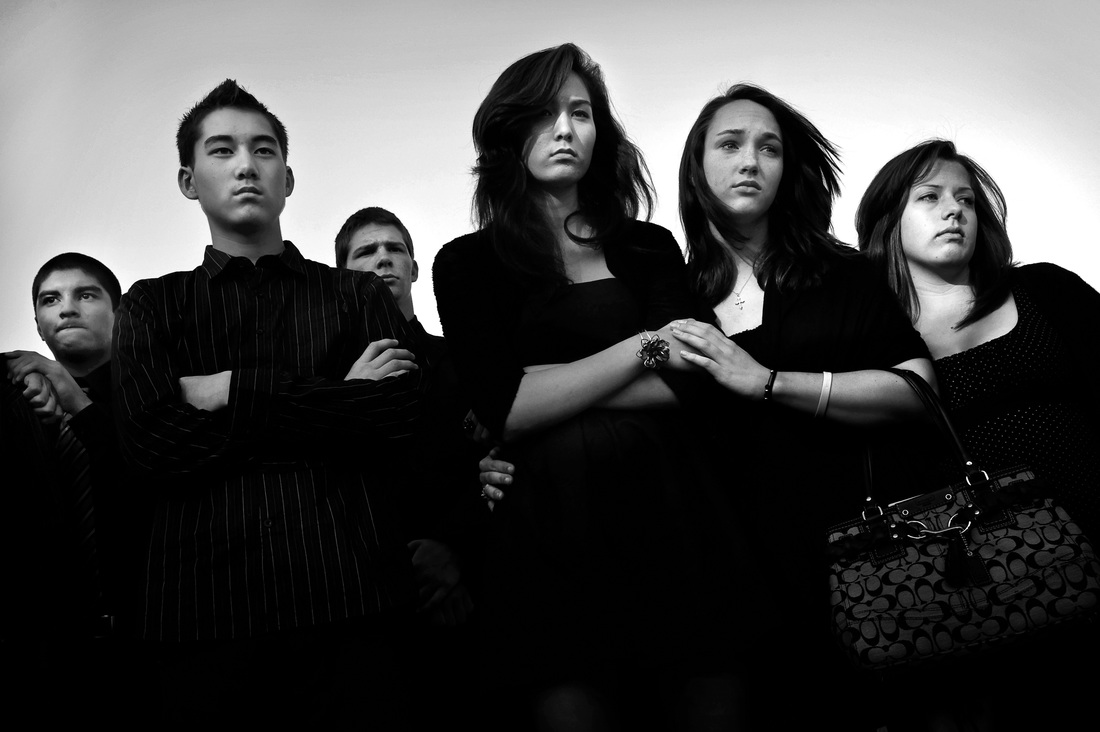 A photo from Davidson's Pulitzer Prize-winning feature on gang violence in Los Angeles.
​“That really was the whole goal: How can I make people who don’t care, care?” Davidson says that her stories resonating with the greater community was the greatest gift. “I think it had a lot to do with my Canadian sensibility because we don’t have this kind of violence.”

A then relatively new staffer at the LA Times, editors weren’t ready to approve the lofty project. So for six months in the few hours when she wasn’t on assignment, Davidson would report, while seeking guidance from her papers’ crime beat reporters. Slowly, she built up enough trust and content that her editors recognized what she was onto.

In 2010, the Times eventually published a seven-page spread, and Davidson also produced a 30-minute documentary that would win an Emmy. But that was a three-year project that Davidson said is still ongoing. Much of the time, her camera was at her side, not in her hands.

“You lose a lot of yourself in it,” she explains. “There’s no way you can walk away unscathed. You have to take that emotional journey with these families.”

As much as Davidson has changed over her years of work, so too has the industry. Now with technology like Instagram and Twitter, when photographers become reporters and videographers, directors and cinematographers, Davidson is excited for her craft.

“There’s definitely a new breed of storytellers,” says Davidson. “We are at a place in our profession where the photography community has more power than we ever had.

​“I can assure you, hands down, the reporters that I know, the best reporters, and the best photographers, it’s not a job. It’s a calling. It’s a lifestyle.”

This article was originally published December 2012 in a book by the Canadian University Press.
Powered by